Face it California, we're fucked. Bent over and screwed sideways. No one's going to go out west now. Those already here.... well, if you're a state employee... um.. yeah, it's not looking good for you guys. The AFP is reporting that California will see 40,000 lays offs come Tuesday

The governor's latest threat came as legislators adjourned late Monday without approving a proposal, painstakingly negotiated by Schwarzenegger and legislative leaders, that would include more than 14 billion dollars in new taxes and 15 billion dollars in spending cuts.

"In the absence of a budget, the governor has the responsibility to realize savings any way he can," Schwarzenegger spokesman Aaron McLear said Monday.

State Senate leader Darrell Steinberg told senators to return for a vote Tuesday and vowed to lock them into the legislative chamber until a budget is approved.

"I will not allow anyone to go home to resume their lives or any kind of normal business," Steinberg said.

The short of it is that California still hasn't done shit to close that $42 billion budget hole, but hey, laying some workers off is a good start! They're talking about deck chairs on the titanic. Tax increases are not going to work too well since we already have the highest taxes in America. So the social services/education cuts are going to be massive.

I guess you could say he's going to... terminate those workers. That deficit is a real... predator... Now that's what i call a kindergarten cop-out.
Ok.. I'll stop that. This is a serious matter that demands serious attention..

I mean, they're going to keep my tax refund and give me a big fat IOU. Sure, it's not for $42 billion, but it's not like it's chump change either! Let's not forget about the thousands of not gay married couples who will not lose their sousal benefits that they were not receiving. Bet California could use all that extra income it would have got from the wedding licenses and other services marriages get taxed on.

California: we'll take away human rights based on 50%+1 of an uninformed public, but when it comes to paying our debts we gotta be really, really careful. I'm waiting for Obama to tell California to pull themselves up by their bootstraps. Since he sure as fuck isn't going to bail us out. The Auto industry though... give them another 16 billion...

How about we just legalize weed already. I don't smoke it but it's seriously the answer here. Hell, it may be easier to push through than tax hikes. That's at least 2 billion right there, easy. Oh yeah, we still have Republicans existing, so we might as well kiss that idea goodbye. Cause wont anyone think of the children? 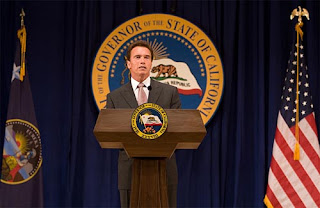 It's not that drug legalization is some instant fix to all of California's problems, but it's an obvious waste of money that damages quality of life in the state. Any other fixes would result in people being cut off from services, or people being forced to pay more taxes. Ending drug enforcement saves money AND leaves the population better off. At least for the minor drugs.

Thank god we recalled Davis and got rid of the car tax.. Oh wait. Davis was a fucking awful governor and Schwarzenegger has been rather impotent but at least he isnt a shiteating conservative-running-as-a-democrat asshole. This is all Pete Wilson's fault. Gray Davis was Pete Wilson in one of those Mission Impossible masks, if you really must know. Ok, I take that back. No one else is going to say it but I know you all are thinking it... This is all Ronald Reagan's fault. 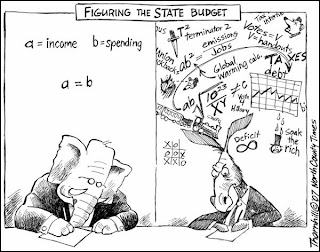 It's a little sad but I've lived in this state for 98% of my life and I honestly can't tell you what kind of governor Schwarzenegger has been. I can't remember him doing anything completely terrible off the top of my head... Well, there was the whole teachers shit... but still, that wasn't Davis bad and it certainly wasn't Reagan bad. But I can't really remember him doing much of anything.

Maybe we elected the wrong brother. We should have elected Danny Devito. Hmm, on second thought, after working with him on Always Sunny... I think we're better off with Arnold.

Perhaps the easy answer is for California to annex Nevada or something. That would solve everything. Either that or take it to the other extreme and sell all the land that is more than 50 miles inland to Nevada, Oregon or China. Whoever would pay for it.. 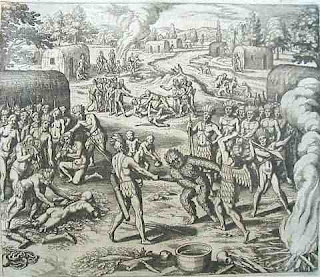 The I.E. in a couple of years.

At this point I'm fairly sure that in five years the most common lifestyle in California will be a combination of sustenance farming and cannibalism. The sad thing is that there's already a lot of shantytowns and tent cities in CA. This will only make them larger. The massive crime wave that we'll most likely end up seeing is going to be a little scary. Then again, that just gives me an excuse to not go into the Inland Empire again.

What CA republicans are doing is basically a mini version of what the D.C. republicans are doing. "I'm going to vote everything you put forth and when something finally does pass and fails to stop the inevitable shit storm I will blame it on democrats trying to tax people because I am a republican CA house member." 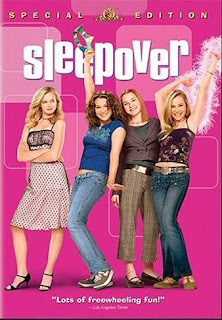 Budget crisis? TIME FOR A SLEEPOVER!

California's legislative deadlock is pretty much the reason that parliamentary systems exist and I really wish we could dissolve our government right now. Right now those state senators are unrolling the sleeping bags and gossiping about the boys and girls they like. Maybe playing a little spin the bottle and if they have enough time after doing each other's make up, they'll work on getting us a budget. There hasn't been a real budget in CA since the 1800s. It's all accounting magic and borrowed money.