Clogging Up Politics With Joe The Plumber.

Clogging Up Politics With Joe The Plumber.


We all thought we heard the last of it but this scum of the republican party is still grasping on during what I hope to be his 14:59 of his 15 minutes of fame. He was an unlicensed plumber, terrible foreign correspondent and now we welcome Joe the Plumber the Reporter the GOP Adviser!

Fresh off his stint as a war correspondent, Joe the Plumber will talk strategy with Hill Republicans.

Fresh off his stint as a war correspondent in Gaza, Joe the Plumber is now doing political strategy with Republicans.

When GOP congressional aides gather Tuesday morning for a meeting of the Conservative Working Group, Samuel Joseph Wurzelbacher – more commonly known as Joe the Plumber — will be their featured guest. This group is an organization of conservative Capitol Hill staffers who meet regularly to chart GOP strategy for the week.

Wurzelbacher, who became a household name during the presidential election, will be focusing his talk on the proposed stimulus package. He's apparently not a fan of the economic rescue package, according to members of the group.

If nothing else, GOP aides are using the appearance to get staffers to attend the 9 a.m meeting.

“In case you weren’t planning to attend CWG tomorrow morning, you might want to reconsider because Joe the Plumber will be joining us!” Kimberly Wallner, an aide to South Carolina Sen. Jim DeMint, wrote in a message to her e-mail list this afternoon.

Last month, Wurzelbacher did a brief stint as a war reporter for the conservative web site pjtv.com.

Shine on to irrelevancy, you crazy Republican diamonds! I'm glad to see they're picking up the pieces and critically re-evaluating the future and direction of their party. They're going to need a plumber where their party's going.

Let's face it, until there is a real party leader, the madness will continue.
Rush Limbaugh is fucking nuts
Steele is a moderate and an idiot
Sarah Palin is Sarah Palin
Bobby Jindal is the GOP's best shot.
So I'll remain a happy boy.

You know the republicans are in trouble when they look to scripts of terrible movies for ideas. 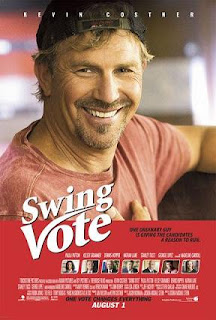 If I get to see the republican party collapse before my eyes it will be a wonderful thing I adore how they think the low taxes low regulation small government thing will save them. As if that isnt exactly what the people have rejected. Honestly, the religious culture warriors probably have a better shot)

I think it's pretty funny that they have to hire a clown to entice people to go to something called the Conservative Working Group. That stood out to me too. What's going on in this working group that they think Joe the fucking plumber is going to improve it and increase attendance? That's like hiring a clown to host the clown convention. Aren't all the clowns there already?

I suppose as a class traitor of a level previously unheard of, I nominate joe plumber as first against the wall. The guy makes several hundred thousand dollars a year, I am more of a plumber than he is, and the only piping I fix is your mothers (OOOOOOH SNAP!)

He just won't fucking go away. He acts as if he's the he's the personification of the GOP lie of the "common man" that every other American should aspire to be or they are traitors. You would think that after Nixon, the GOP would learn to distrust and disown plumbers. Imagine the frustration so many people must feel, looking for a decent job in vain, only to see this skinhead motherfucker coasting around just running his mouth and being ignorant for a living

I dunno about you guys but my drinking buddies are all thoughtful, educated people. Why would you even want to have a beer with someone like Bush or Joe? I don't get the appeal. In 30 years time when he realizes how much the GOP has used him, he is going to end up being the most fanatical socialists the world has ever seen, and will probably disown his Republican kids.

Even CNN agrees.. SHUT THE FUCK UP, JOE!

There. Can we just stop with this guy already?

Joe the plumber is pretty much the perfect caricature of whats wrong with a lot of America at this moment. A complete lack of empathy, sheer ignorance at the national level, outdated ideals, unrealistic financial aspirations, and of course willing ignorance of politics for equally retarded reasoning.

Joe/Sam is basically the embodiment of every hypermasculine male in the u.s. that thinks that anyone who uses something more than base common sense to solve even the most complex socio-political issues is pretentious. meaning he thinks every problem in the world can be solved if everyone just "grew a pair".

All I know is that you have to kill ones like this before they lay their eggs.
Posted by Booster Gold / Javier J. at 11:19 AM