Today, a young man on acid realized that all matter is merely energy condensed to a slow vibration – that we are all one consciousness experiencing itself subjectively. There is no such thing as death; life is only a dream, and we are the imagination of ourselves... Here's Tom with the weather!

Today, February 26th 2009, marks the 15 year anniversary of the passing of a great one. William Melvin Hicks graced this Earth with his presence for far too short a time when he died in 1994 of pancreatic cancer shortly after turning 32. And on this day, I'd like to take a few moments - and I hope you'll come with me - to remember Bill, his work and words, and what he had to teach us.

For those of you unfamiliar with Bill Hicks, know that he was arguably one of the greatest stand up comedians who ever lived, and you'll understand why in a moment. While comedy is certainly subjective and not every style is for everyone, Bill never sold out. He never pussied out and tried to tone down his act to be more acceptable, and he was never satisfied. It wasn't enough to make the audience laugh, he wanted to make them think while he was doing it, and if you listen to what he had to say, he really will stay with you for ever. 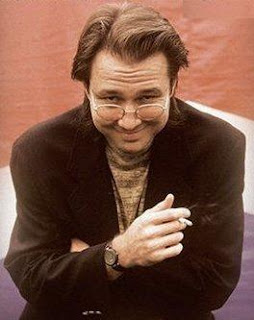 He was a born comedian, regularly performing in front of other children at sunday school, camp, and in class. He and a friend began sneaking out of home when they were teenagers to drive down to the local comedy clubs and perform there. The management didn't mind letting them in, as by all accounts Bill was already funnier than every adult performer. As he got older, Bill was one of the hardest working comedians in America, performing more than 300 days a year, sometimes multiple times a day. But fame always eluded him, largely because of his unwillingness to compromise his act, or be a sell out like so many other entertainers (he even turned down sponsorship deals, declaring "You do a commercial, you're off the artistic roll call forever.")

In June of 1993, Bill was diagnosed with terminal cancer. Despite being on chemotherapy, he went BACK out on the road touring and recording. He knew he didn't have much time left, and decided he wanted to say as much as he could while he still had some time. Working with his best friend, Kevin Booth, Bill began cranking out material and preparing work for Booth to finish after he was gone, released post-humously as Arizona Bay and Rant in E-Minor, alongside his other albums Dangerous and Relentless. Bill performed until he could barely stand, giving his last performance on January 6th 1994 at Caroline's in New York City, where he had to be helped off stage. On February 11th, having moved back in with his parents to be with his loved ones, Bill lost the ability to speak, and his brilliant voice was silenced forever. He passed away February 26th, 1994.

Bill performed on David Letterman 12 times during his career. The 12th and final time came in October of 1993, just a few months before his death. He knew about his cancer, but had told no one outside of family and friends. Bill gave his set, performing brilliantly as he always did, however it was pulled from the show. There was speculation the reason was because it contained some light material on Pro-Life groups. It seems unclear, but Letterman himself may have been responsible for the censorship, and it infuriated Bill who wrote a 39 page letter to The New Yorker on the matter. Let it be known that a few weeks ago, David Letterman officially apologized about this on his show, invited Bill's mother on to speak about him, and finally aired the segment which had been cut 15 years earlier

As for anybody who doesn't find him "funny," it's not even about that. Bill Hicks performances were pure fucking art. To watch a man dig a hole you couldn't spit down without hitting the sides, going off on wild political and philosophical tangents filled with ideas that, in his time, were viewed as dangerous, in bumfuck towns full of illiterate rednecks and thumbless apes, and then jump right back out of it with one well-timed dick joke is pure genius.

Any one particular Bill Hicks joke, quote, or whatever isn't going to make you cry laughing, it's all about the whole. If you find him kind of funny but can't stand his political/philosophical rants, it's not for you. 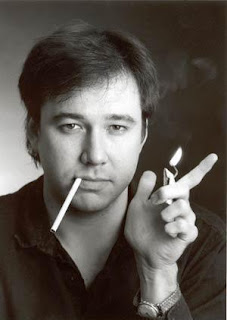 The world is like a ride at an amusement park. And when you choose to go on it, you think that it's real, because that's how powerful our minds are. And the ride goes up and down and round and round. It has thrills and chills, and it's very brightly coloured, and it's very loud and it's fun for a while. Some people have been on the ride for a long time, and they begin to question: is this real, or is this just a ride? And other people have remembered, and they come back to us. They say "Hey! Don't worry, don't be afraid, ever, because, this is just a ride." And we... kill those people. Ha ha ha. "Shut him up! We have a lot invested in this ride. Shut him up! Look at my furrows of worry. Look at my big bank account and family. This just has to be real." It's just a ride. But we always kill those good guys who try and tell us that, you ever notice that? And let the demons run amok. But it doesn't matter because it's just a ride. And we can change it anytime we want. It's only a choice. No effort, no work, no job, no savings and money. A choice, right now, between fear and love. The eyes of fear want you to put bigger locks on your doors, buy guns, close yourselves off. The eyes of love, instead, see all of us as one. Here's what you can do to change the world, right now, to a better ride. Take all that money that we spend on weapons and defense each year and instead spend it feeding, clothing and educating the poor of the world, which it would pay for many times over, not one human being excluded, and we could explore space, together, both inner and outer, for ever, in peace. Thank you, and goodnight.

I left in love, in laughter, and in truth, and wherever truth, love and laughter abide, I am there in spirit. 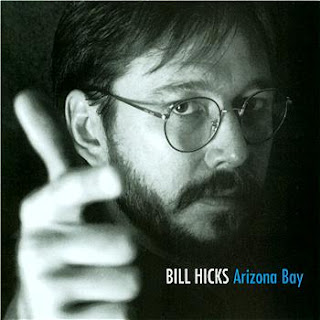 So let's take a day to sit back and remember Bill. If you're new to him, please check him out. There's clips on YouTube. If you're an old fan, put on your copy of Arizona Bay, throw in the Live DVD, crack open a copy of Love All the People, take some psilocybin mushrooms and go lay in a field of green grass and say "My God, I love everything."
Posted by Booster Gold / Javier J. at 5:08 PM