The "GI Joe" Movie Is Everything Wrong With American Foreign Policy

The "G.I. Joe" Movie Is Everything Wrong With American Foreign Policy


Hell yeah, America! Back to where it belongs -- deploying military units accountable to no one and contemptuous towards any attempt at oversight. So far we have:

1. toppling of a major French monument (naturally we have to save France again, weaklings)
2. a covert military unit that doesn't have to answer to anyone
we answer to no one *slides on sunglasses*

I know. It would be pretty boring and anti-summer blockbuster rules if G.I. Joe needed to go and solve the issue with soft power, the whole movie would be them getting approvals from different government agency's to ok the use in language that goes into the letter they send Cobra. Then at the end the pace really picks up when they only have 24 hours to come up with a presentation to give the UN.

Then the trailer says that it's from the director of The Mummy like that's something to be proud of. G.I. Jane is a better movie and I'm pretty sure it's safe to say that it was a lot more awesome than The Mummy. But hey, we do get a Brandon Fraiser cameo as shipwreck. Everyone's favorite G.I. Joe village people character. Stephen Sommers should be castrated for Van Helsing. That seriously was one piece of shit film.

Besides, We already had a GREAT G.I. Joe movie with an awesome intro


I'm not even complaining because of nostalgic reasons. I'm sure if I saw that in anything these days I would spew out my liberal nonsense. I guess I just don't think there's a reason to bring G.I. Joe into the real world. Who wants to see G.I. Joe strap a car battery to an iraqi taxi driver's balls. This will be another one of those movies the manchildren will heap scorn on while it goes on to earn hundreds of millions of dollars and they go hunting for all the action figures at Target and Wal-Mart anyway, right?

Though opening weekend they will pay money for the midnight showing and mash "10" with their cheetos-encrusted fingers on IMDB before heading off to GameFAQs to express how "OMG EPIC" the movie was. Then a year later it'll be back to whining, crying and complaining about how nobody takes children's IPs seriously like they do in between sips of their Mountain Dew. 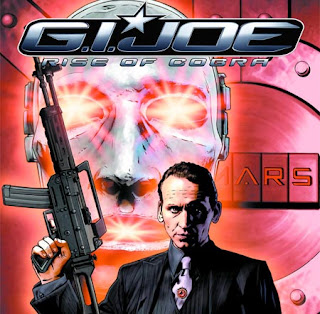 Kind of like Transformers all over again. And kind of like Transformers, we wont know what the fuck is happening on the screen. I mean, what the hell is going on in that street scene. Jesus christ I can't make heads or tales of what is flipping around. I assume it's snake eyes and storm shadow but still... can't they make it look at least understandable.

Both franchises were pretty much half hour commercials to buy toys. Oh yeah, they also provided helpful life lessons in every episode.

The coolest thing to do with GI Joe action figures was to break them into pieces and then use their parts to create or repair other GI Joes. I would both love and hate my G.I. Joe action figures. Maybe it was because I paid my Dad a couple of weeks of allowances to mail away for some special Cobra Commander and Joe helicopters and THEY.NEVER.CAME! Now that I think about it, I'm pretty sure he never actually sent it away and used the money to buy some pot.

I guess I'm going to have to see this movie the same way I would approach having angry sex with a conservative. Just go full on it with bitter hate and hope there's some enjoyment out of it. Otherwise I wont have anything to see during the summer. It's all either Old TV made to film or sequels. Even the shitty summer movies this year are especially terrible. 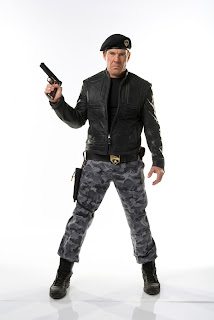 Dennis Quad's agent is only allowed to read bad scripts

The Superbowl sure did show off a lot of crappy movies that will make millions waste a lot of money. At least The Dark Knight's political message was fighting terror with terrorism only creates more terrorism. G.I. Joe on the other hand, decided to extend their reach into a fully international unit, not an American/NATO one anymore.

I give Cobra credit. Taking out the Eiffel tower? Well played. Sure, Team America already did it, and some would say BETTER. It's no acid burn, but the Eiffel tower seriously needs to be replaced with something better looking. It's like a precursor to the terrible architecture of the mid to late 20th century. Fuck Brutalism and bring back art deco. 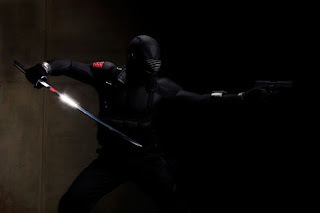 Seeing it fall on screen should be a reminder that the eiffel tower was just a giant dick built up to make up for the french getting destroyed by the Germans. Oh, also a way for eiffel to rob the government.

I always liked how G. I. Joe was a self-depreciating nickname American soldiers gave themselves because their commanding officers considered them interchangeable and expendable, and the WWII propaganda machine turned it into a cutesy "our good ol' boys" thing. 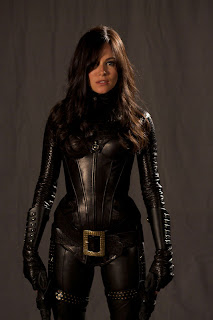 So on one hand it's thinly veiled propaganda, and a crass attempt to cash in on the public's nostalgia for 80's saturday morning cartoons. and on the other hand, sienna miller in pvc psuedo-dominatrix gear. I can tell you one thing. Sienna Miller is way more attractive than Osama Bin Laden could ever hope to be. So on that aspect alone, I think the terrorist have won at being extremely sexy.

One thing is for certain, Redheads are never something wrong with American foreign policy or anything... ever. 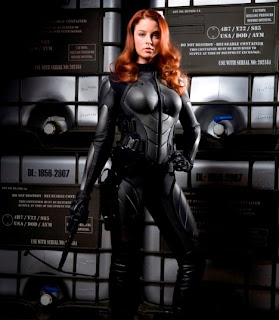