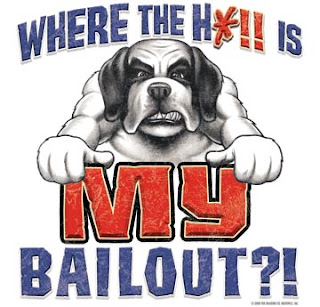 Hello my non-American friends, Big Dogs are the pinnacle of American screen printing humor. They are like institutions in our society. Angry dog shirts are the failure of humanity condensed into screen printed cotton.

It seemed that everyone had that dog on their shirt in the 5th grade. It's like a blast from the past. You were so edgy. Thankfully I never had one of these. I don't get the appeal really. You typically see these as a psuedo-hardass symbol for suburban dads to wear to feel tough around their kids. 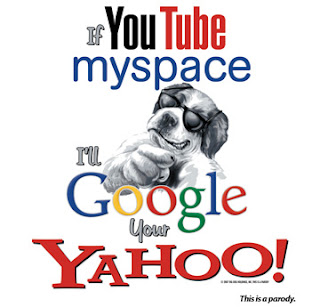 Is it that people feel like they can say things through a dog on a shirt that they can't manage to say in real life? It's not me it's this rascally mutt! Sort of like getting a word tattooed on yourself in Japanese because you'd look like a fag if you had the word "spirit" on your neck in English?

I really shouldn't be surprised that they're keeping up with current events. When I went to one of those outlet shopping centers when I lived in Florida they had a Big Dog store. It was a bit scary but they were always up with the latest film parody. Bark Wars: Attack of the Big Dog, The Barktrix and whatever other film was out at the time. 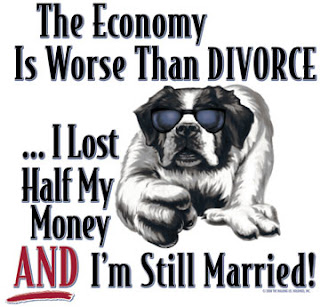 Even still, the idea that the Big Dog is covering all the economic downturn is a clear sign that we're in a bad position. You know it's the coming of a depression when even Big Dog is heralding it with their shirts.

I think I realize why we're in the mess that we're in right now. Did the Big Dog get a second or third mortgage? What sort of bank would loan money to a dog to begin with? Did he not have a job to keep up with payments. The bank who loaned money to Big Dog not only needs to get no bailout money, but they also need their license pulled at once! 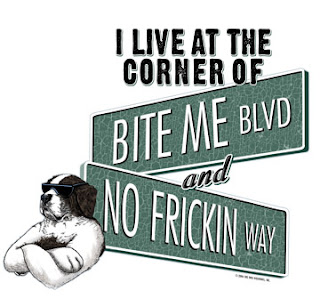 Theres no FRICKIN way I'm gonna be able to make my house payments!

Why is the Big Dog pissed that he hasn't gotten his bailout? Did they go up to congress and ask for one? Come on folks, we need to bailout Big Dog! Without them many fat ass southern people wont have anything witty to wear! 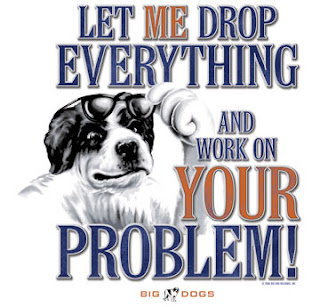 This whole meme (if it's even able to be considered that) was nothing but the initial reaction to a nation getting fatter and fatter. Whereas now it's simply normalized in its pandemic nature, back then it was a shock. So people had to rationalize it as some alternative lifestyle choice and a symbol of their 'attitude' toward life.

The only person I know who wears these shirts is a big-as-a-tank upright Christian dude. He's got no real need or reason to 'feel' tough and he has the personality of a happy puppy. Maybe he wears them ironically? I dunno. 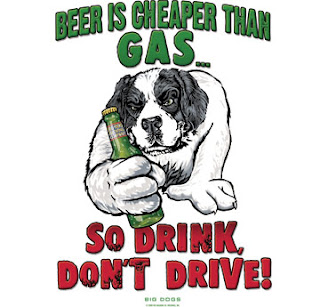 I'm almost certain this shirt's premise is false. A 30 of natty is like 14 bucks and thats like 6-8 gallons of gas so yeah im p sure thats wrong. WAY TO DO YOUR SCIENTIFIC STUDY, BIG DOG INC. Besides, isn't it illegal to give alcohol to animals? I would hope that some animal rights groups were called and warned about this alcohol consuming pup. I'm not even sure I understand what this next one is suppose to mean. Is it about high fuel prices or something? 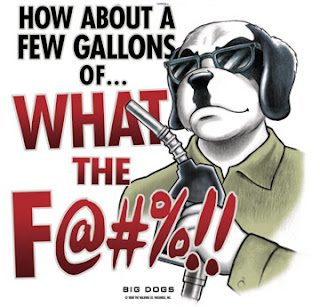 I have to wonder if they even produce the shirts in sizes under XL. Seeing all these shirts its like I'm walking on the Atlantic city boardwalk. Only without the fear of getting mugged and killed. These shirts are typically all over redneck tourist towns and the scary aspect is that they sell like hot cakes. Even in this down economy people are still showing how much of a Big Dog they are. 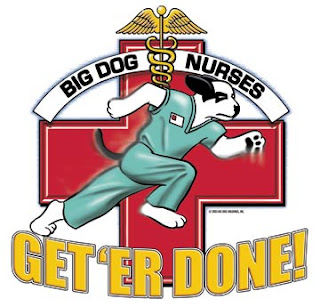 Hell yeah! Now I can be a nurse without feeling like a sissy crybaby. Thank you Big Dog industries.

Most of the time these shirts simply point out that the wearer is a deeply unpleasant person. More than likely racist and grew up in the church, so they don't want to do anything that would displease Jesus... but oddly enough have no problems with telling my "spic ass" to "Go back to Mexico!" It just means you have something to warn you ahead of time that they are approaching you. Just remember, IF YOU CAN'T RUN WITH THE BIG DOGS THEN GO BACK TO THE PORCH!

Something Awful poked fun on these a while back. Here's some of my favorites. 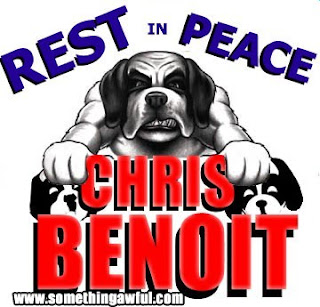 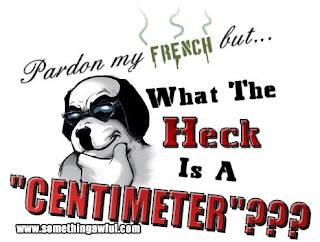 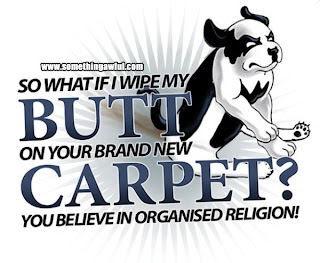 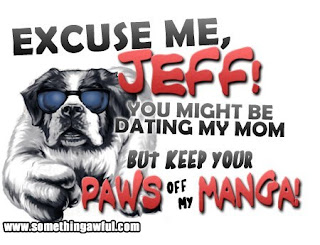 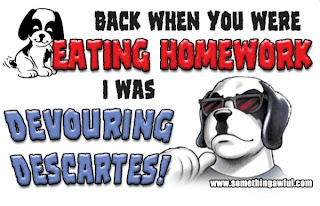 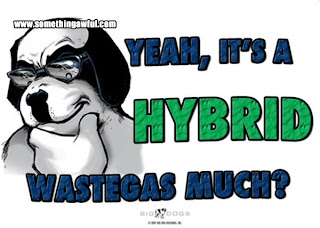 If you ever see me wearing a Big Dog shirt just stab me through the head. Any blunt object will do. Just put me out of my misery. Please.
Posted by Booster Gold / Javier J. at 7:45 AM

bitch, i have 2 kanji tattoos. and it ain't cuz i'd look stupid. it's cuz my shit's private and not everyone needs to know. jerk!!! =P