Unlike my other blog, this isn't about finding a gift to get your gal to make her gush in emotion over your manhood. No, this is actually the story of surviving Valentines day, or at least the creation of all those cheaply produced products that you're giving one another on this day.

Call me bitter.. or call me your hero once I give you the ultimate guilt trip material in excusing you from not spending money on them today or just call me morbid as fuck because this will depress the hell out of you. Hey, I showed you dicks and a comical take on breast (If you were let down, check back later, there will be breast blogs in the coming days)

But here's the Not-so-sweet-side to Chocolate. 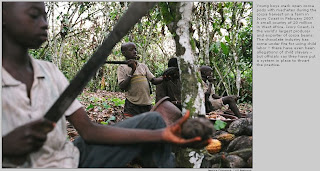 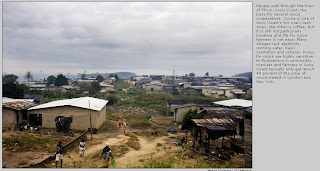 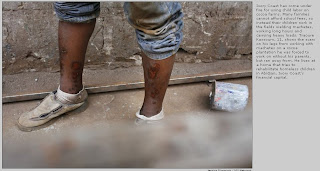 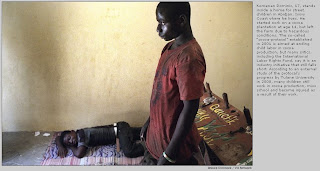 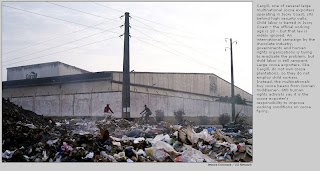 But hey, the free market has made a place in the workforce even for children, so they can earn an income of their own. This is actually great news, right? Eeerrrrrrr. Wrong. Don't worry, you can buy fair trade chocolate, right? Sure you can. You gullible fools!

Just remember folks. Candy is dandy but liquor is quicker. How about a tray of cheese slices shaped like hearts? No human suffering right there. Well, not unless you count me crying cause you took the last of the cheese at whole foods... YOU BASTARDS!

Valentines day is a stupid gimmick holiday that should not be acknowledged. It's like if the Catholics got together and formed a Jesus day in summer to celebrate his real birthday. Christmas II. How about just having lunch with them? You shouldn't wait for a fake commercialized holiday to express your feelings of adoration toward someone.

I mean, what the hell was the womens right movement all about? Isn't feminism suppose to kick in about now? If I tried to buy my way into a woman's heart/pants any other time of the year I would be considered a sexist, misogynistic imperialist monster. But not on Valentines Day. Do women even get guys anything on this holiday? Other than the potential of sex, that is. Which again leads me back to my comment about this being the anti-womens equality movement action.

I suppose this is harder on those who have no one on Valentines day. Now they can't drown their sorrow by gorging on delicious valentines chocolate. Hey, the more reasons for drinking heavily the better, right.

But hey, if you're still not depress, you can read this article from the BBC on the subject from 2007

Travelling deep into the plantations of the Ivory Coast - the West African nation that produces half the world's cocoa - children carrying machetes are a common sight.
They are being kept out of school and many have untreated wounds on their legs, where they have cut themselves when working in the cocoa plantations.
"I used to go to school," said Marc Yao Kwame, who works with his brother Fabrice on a remote farm. "But my father has no-one to work on the farm, so he took me out of school.
"My mother's a long way from here. I haven't seen her for 10 years - since I was two years old."
All this should have stopped by now.
In 2001, under pressure from the US Congress, the chocolate manufacturers promised to start eradicating forced child labour. They failed to meet an initial deadline of 2005, were given until 2008, and now patience is running out.

On a final note, your roses are likely to be grown in tanzania where they destroy the ecosystem and where the workers' conditions look a lot like slavery.