While I get on a soap box with just about every blog post I create, there's sometimes when I really don't know which side to shout about. With Health Care and just about anything the republicans say I know where I stand, but what about those other issues were it's not black or white? How do I rage against the machine in those situations when I can't even make up my mind on where I stand with them?

That brings me to the a very hot topic item these days. Vaccinations. In this blog post I'm going to try to come down on this issue from both sides and actually have very little bias towards either option... Ok, who am I bullshitting here. You know I'll eventually call you a moron if you both didn't and did get a vaccination for the N1H1 Swine flu, so who am I fooling here? 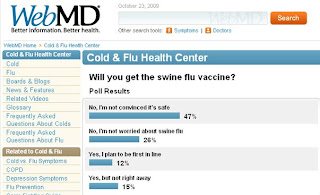 Well, who ever it is, I would like to take a crack at offering both sides with a Point/Counter Point perspective on why some are opposed to it and why others are all for it. I'll try to provide reasonable and stomp out the unreasonable aspects of each. Will I be unbiased in my opinion? Are you a new reader? Of course I wont. But that's not to say I wont give it a serious effort in trying to play this one down the line as clear and rational as possible.

So let's get it on with this round of Point/Counter Point: Vaccinations

Many have claimed that vaccines have for a long time contained dangerous substances like mercury, and formaldehyde as preservatives. As well as containing immune-suppressants in order to make it harder for your body to fight diseases it self forcing you to go to big pharma for care. So why is it Vaccine culture has become so main-stream? The answer is obvious, the media is in bed with big-pharma. Billions of dollars are made vaccinating our children.

Don't believe me? Watch this, and maybe you'll play into the fear mongering.


OH NO! That girl was training to be a football cheerleader??? what a loss to the world her disability caused.

How about the classic prevention of exercising and eating right? Sure, it can't keep smallpox away, but what Pharam company do you work for in pushing your needles? All the Counter Point is saying is that the people who rely on flu shots have underlying health problems that don't seem to be the average norm. Best to keep the limited supply of flu shots for those who can't handle it. You know, those "worthy" of the cure considering how incredibly scarce the resources are to produce it.

What next? Are you going to want me to chug a glass of flu vaccine every morning? If you're young you're likely not going to die from the flu, so stop crowding out the old people who actually need it. Even if you're a 24 year old who works in a public school, toughen up you big wuss!

How about you shut ins? Who needs to vaccinate themselves when the only outside contact you are making is to pick up the mail and get the door for the pizza delivery in between WoW raids. Even if the problem is about spreading it to a bunch of people, maybe by not taking the shot away from gramps, he could be prepared for it better. Besides that, protecting old people in any way is counter revolutionary. If they die, they die. One less mouth to feed off of my social security. Fuck the boomers! 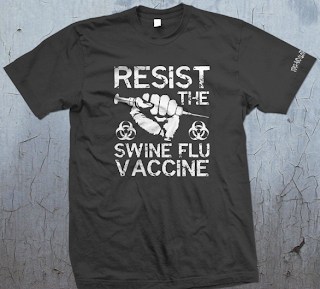 I was listening to a talk show guy broadcasting from Santa Cruz and all these callers called n thanking him so much and wishing he would stress the vaccination issue more and he said he does try to stress it a lot and never vaccinates his kids and other callers would call in and tell their horror stories about their poor children and about how the state tried to force vaccines on them even though one of their children had a terrible experience with them. Why not just tell me that I should vaccinate my child for diseases that afflicts whores and drug addicts.. What are you saying about my child with your words?

Then there's the idea that vaccination causes autism. Jenny McCarthy said it was true, it has to be true! Did you know that nasal mist contains a LIVE virus. If you get the nasal mist you will spread the LIVE virus and you know what that means.. OUTBREAK! How dare the CDC be so stupid in providing and sending out the LIVE virus in a nasal spray when even I, a dumb internet blogger, would know that LIVE viruses are dangerous.

It's kinda nice that people forget that smallpox was completely eradicated from the western world by mass vaccination campaigns, to the point now that it's actually a risk again because no one has had it for so long that no one is immune. Way to go, Vaccinations!

Then there's the even bigger trump card reason to not get it. The #1 reason people shouldn't get the flu shot is because of the fear of Needles.

Think of it this way, half of the old people who get the flu shot don't even develop a primary immune response and have completely diminished pools of immature lymphocytes. So by you not getting the flu shot and preventing it from running around all over the place, you basically killed someone's grandpa.

If you seriously think that vaccines are some kind of government tool to control our minds and that one in a million side effects are just reason tp not vaccinate for concern then you are totally fucking retarded. Remember this asshole 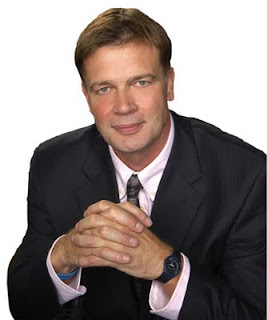 This douche is Andrew Wakefield, who claimed in 1998 that the MMR vaccine caused autism. Turned out he fixed all his data and lied about the entire thing to give his theory credibility. as a result, immunization rates in the UK dropped to the point that it was possible for the diseases to spread and, surprise surprise, more kids were horrifically affected by Measles and Rubella that would of possibly been affected by autism, even if the study hadn't been a total sham.

Basically Vaccines are a integral part of our society and anyone not taking them or refusing them to their kids or relatives is basically a murderer.

My facebook is typically filled with mothers that are posting anti-vaccine stories and videos. Those mothers are fucking morons and they more than likely get offended by my blog post daily. You're basically asking how you can ensure that your child will die in the most ironic way possible.

Hell, the whole argument about the vaccine being unsafe is silly. The rare side effect has very little to no chance of effecting you. In fact, your drive down to Wendy's for a baconator causes more of a risk to your health in terms of risk of crashing your car being higher and increasing the chances of you getting some heart disease. I guess it will be nice to have all the humans go extinct from measles. No more worries about global warming.

Hmmm, then again, I think I do support whatever percentage of the population not vaccinating that will cause the xtinction of the human species as quickly as possible. It would solve a lot of problems. 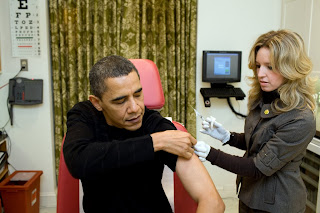 The mercury in the flu shot line's a good one. Try telling people that part of water is deadly, deadly hydrogen which obviously makes you far more explosive when ingested. Ah good, a clinically insignificant amount of mercury bonded to a organic molecule this is totally going to kill you outright and cause pain for the rest of your life and not the horrible brain damage caused by meningitis or whatever it is you didn't get vaccinated for like a worthless cretin.

P.S. They haven't used mercury preservatives in vaccines for years now and either way you shit it out in about a day. The seasonal flu vaccine I got this year contained mercury-based preservative. The mercury-free alternative is available for $5 more. I eat enough tuna so I'm immune to the whole ways of the Tuna sandwich.

By the time the vaccines are ready for use they are preservative free even though the organic mercury containing preservative thimerosal was used in part of the vaccines production it has become so diluted during production that there are negligible amounts of it left, if any at all. Also, the mercury in vaccines is ethylmercury which doesn't even bioaccumulate but hey I'm no Jenny McCarthy or her autistic son Evan so I don't desperately need to blame my child's awful depressing life on something someone anyone anything so... It will turn out that jenny mccarthy's kid has fetal alcohol syndrom

The average flu shot has 25 mcg per 0.5 ml dose. An average infant can safely have 187.5 mcg of ethylmercury during its first six months. By this rate a can of tuna should have given us all autism if that was really the case. One of the basic principles of medicine dating back to the damn 16th century that still winds up being true is;
"Alle Ding' sind Gift, und nichts ohn' Gift; allein die Dosis macht, daß ein Ding kein Gift ist."
(All things are poison and nothing is without poison, only the dose permits something not to be poisonous.")

I think Paracelsus wrote it but either way it's still true. Cyanide is a medicine in certain compounds. Just because something contains a mercuric compound doesn't mean it's poison. If you don't get vaccines you should be legally forced to live as a 1400's English peasant, that's how stupid you are.

We here in the US still use chicken eggs to manufacture flu vaccines. Europe must be laughing at our 50 year old technology as they produce flu vaccine by the pound using genetically engineered animal cells to produce the necessary immune factors. Shockingly, it is safer because it avoids the possibility of allergic reactions to chickens.

But yeah, every European is bankrupt and dead due to their universal health care, I read it on Fox News, it has to be true. Our free market is at work! Even russia has better vaccine production capabilities than the U.S. I mean, we literally suck at everything except making bad food worse for you and killing brown people in new and inventive ways. With morons like this in charge, I wonder how we stayed alive for so long.


So lets see what we have boiled it down to;

-Pros
-Not get disease
-Big titties

I think the pros have it. So go out and get your goddamn flu shot already you fucking morons!
Posted by Booster Gold / Javier J. at 7:43 AM