Disney Goes Back To Basics

Disney Goes Back To Basics

Today in a theater near you, Disney returns to the stuff that made them famous.. 2D animation. While we've all enjoyed the 3D and CGI fest that they have been doing, it's nice to get back to the classic 2D fun that made Disney great. Yes, the Disney Princess magic is back!

The movie takes place in Louisiana. It is consistent with all the folklore of that state. So in saying that it's pretty clear to see why the bad guy is literally a voodoo doctor. I'm sure religious groups will give Disney a lot of shit for this in itself. When will Disney make a villain that is a rich white developer set on demolishing the local teen center to make room for a gentrified strip mall. 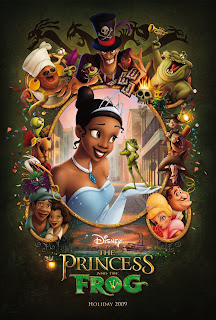 They've been making these Disney Princess movies for almost 100 years now and there's one about Chinese, Indians and even the fish people but it took until 2010 to include blacks.. and she turns into a frog at the end of act 1. Way to go, Disney! Yup, she'll spend a good amount of time during the film as a frog, not as a black princess. What will the ACLU say about that?

Oh, it's nothing new. Disney is a vile parasitic corporation of racist, fascists, misogynists and animal abusers which has never contributed anything of any value to the world and never will.... But god damn will I be going to see this sucker! 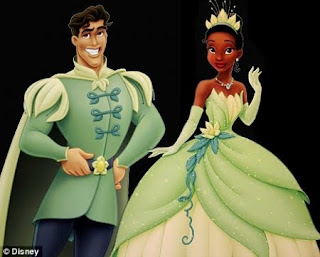 I think people are complaining because instead of taking this opportunity to provide a positive role model for kids (black or otherwise), disney is instead choosing to play into a number of stereotypes. and in fact transform the princess so she doesn't even get to be a person for most of the movie, hardly someone a child can identify with.

Maybe I'll continue to boycott Mulan, a children's movie, because it does not address the crushing poverty experience by most rural Chinese during the Northern Wei Dynasty. But perhaps the idea that the classical Disney Princess is completely dependent on her Prince gives the wrong ideas to children.. Let's take a look at the following ad.. Oddly enough, this message is not in your average Disney Princess themed movie.

I know a couple who won't let their five year old daughter watch Disney Princess movies because none of them have mothers or something. It's true though, they generally are motherless and depend too much on daddy to do things before the Prince picks up the tab and runs with it.

Yeah, it's bad enough that they made Splash Mountain without even acknowledging what movie all the characters are from. Hell, there's parts of Song of the South that nobody sees because they've been locked in a vault for decades. It's only if you're outside of North America can you see the full version.

This isn't a critical take on Walt Disney's lack of Black heroes. I mean, there isn't very many Spanish/Latin heroes or Disney Princesses or anything. At least Disney has never released anything like this...

But like I said, we should just move on from the whole racism stuff. Let's get to the real meat and potatoes.. the return to awesome movie posters. Call me a sucker for either red heads or mermaids, but the one that was released for the little mermaid really was something that I considered art when I was much younger.

It didn't have much in terms of big name stars listed on it. It didn't have the critical praise for it or the situation where they have large floating heads of the characters plastered on it. It was simple. It was beautiful. 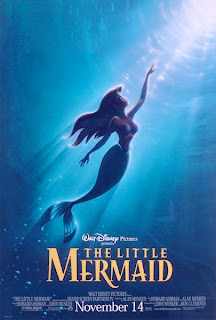 That in itself is a poster worthy of framing and hanging. It's very simple in its beauty and if you saw it outside of a movie theater, you would know everything you need to know about the film and want to see it. It's a nice take on the whole movie art.

So when I see a poster like this for it, I can't help but think it looks pretty cool.. Yeah, I realize that I held back from saying "Awesome". But hey, I'm trying to be a man here... A man talking about Disney films. So with that said, the following poster for this new Disney film is pretty damn appealing. 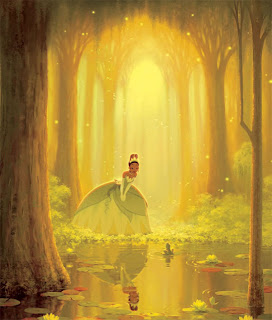 Since this story is set in a sort of modern time.. at least modern enough that you can actually study and view the areas within a few generations of when it is suppose to take place, I wonder how much that effected the production of this. Hell, for things like little mermaid they only had swimmers to work with. 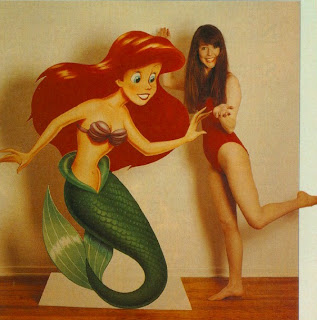 Having been to New Orleans a couple of times. Both pre and post Katrina, and considering I really haven't been to the locations or areas that the other Disney films have taken place in, I suppose that adds a new element to it. It's actually real, or real enough in that regard. So it being on American soil is something interesting that I hope will come in handy from the artist and creators of this. It's always a problem if you don't get input of the source or, in some cases, the original artist you end up things like this...

Can't blame them for how screwed up it was. I mean, I also really hate it when the person I'm kissing's face falls off and turns into moths. It's almost as horrifying as if you were to see the Disney Princesses as zombies.. Oh wait, that's been done already... I can' say that the Disney Princess brand isn't being a bit progressive.. especially if we've gotten to the point of them being able to not only fend for themselves.. but now they fiend for themselves... 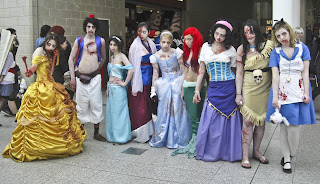