Driving up Robertson from Culver City to the Beverly Hills area you'll be surprised by the number of green cross and 420 related humor that makes up a lot of the stores along that way. It really has gotten to the point that they out number the Jewish centers along there.

So it's news that Washington D.C. just legalized medical marijuana. They also are going to use federal funds for a needle exchange program and slash anti-drug advertising budgets.

U.S. House and Senate negotiators agreed on Tuesday on the final details of the FY 2010 Consolidated Appropriations Act, which contains at least three BIG victories for reformers:

* Washington, DC will finally be allowed to implement the medical marijuana initiative that voters overwhelmingly approved in 1998 but has been blocked by Congress each year since then.

* Funding for the White House "drug czar's" ad budget has been slashed by more than a third of its size last year. Studies have repeatedly shown that these ads actually cause teens to use more -- not fewer -- drugs.

* Washington, DC will be able to use federal funds to implement syringe exchange programs.

I guess I'm not in the majority. I really don't care about the whole legalization of weed news in this piece as much as I think the needle exchange program is better news. But then again, I'm not part of the majority who wants to get high while watching South Park any time soon. Besides that, congress will more than likely overturn it.

The funny aspect of all this is that they're cutting the funding for anti-drug commercials because it actually increased the rate at which kids did drugs. I'm not against weed legalization. It's really not an issue I think about because it's the most boring of all issues. There is really no good argument against it. Medical marijuana can have medical benefits but let's not kid ourselves here. People want to legalize weed because they want to get fucking stoned as all hell. 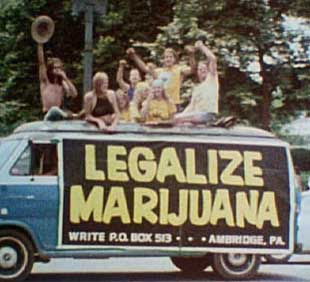 I think what annoys me the most is that if you're not a minority and you are under the age of 25, legalization is probably the only relevant political issue in your life. Well, that and tuition fees and cigarette tax and I think this is really sad. Especially those middle class kids who complain about this are so pathetic.

If you're not willing to put in the effort and take the risks, can't you just pick another hobby or type of recreation that's not illegal? There's only about six thousand to choose from. Or you can just go on and on about 4:20 and Big Government and Your RIGHTS, cause that's more than likely what you will be doing anyway. 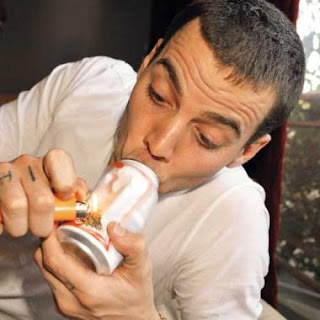 Legalized weed would be nice. But if that is the most important political issue to you then you should shove that bong up your ass and kill yourself. I do wonder which state will give into the "evil temptation of marijuana next" My vote is Iowa. They are pretty progressive all things considered.

I really don't care about letting middle-class white kids smoke their herb legally. I'm more pro this because I would like ending the war on drugs sooner. It's a pointless losing battle. But again, legal weed wont stop armed police shooting elderly black couples because they got the address wrong. At best, it'll just decrease nonviolent drug offenses. That and a shift towards treating addiction as a health issue rather than a criminal one in D.C. will be a good thing. 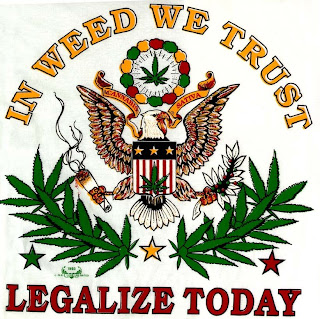 Congrats on the needle exchange. At least this isn't more advocating towards the national recognition of New Columbia. Can't believe .002% of the population complain about not having senators.
Posted by Booster Gold / Javier J. at 4:20 PM