Who would have thought that it would have happened on Christmas eve. I mean, this has to be a huge blow to Christians and all those on the religious side on this war on Christmas.... But when you push a Godless person too far with your pushing of the phrase "Merry Christmas" too far, you have no one to blame but yourself. We didn't start this war, we're only ending it.... In that we're going to push an 82 year old man down on the ground.

Oh yeah, we'll strike hard and fast at the motherfuckin' Symbol of your belief by pushing over the Pope.

VATICAN CITY – A woman jumped the barriers in St. Peter's Basilica and knocked down Pope Benedict XVI as he walked down the main aisle to begin Christmas Eve Mass on Thursday.

The 82-year-old pope quickly got up and was unhurt, said a Vatican spokesman, the Rev. Ciro Benedettini. Footage aired on Italy's RAI state TV showed a woman dressed in a red jumper vaulting over the wooden barriers and rushing the pope before being swarmed by bodyguards.

Benedettini said the woman who pushed the pope appeared to be mentally unstable and had been arrested by Vatican police. He said she also knocked down Cardinal Roger Etchegaray, who was taken to hospital for a check up.

After the incident, Benedict, flanked by tense bodyguards, resumed his walk to the basilica's main altar to start the Mass. He did appear somewhat shaken and leaned heavily on aides and an armrest as he sat down in his chair.

It was the second year in a row there was a security breach at the service. At the end of last year's Mass a woman who had jumped the barriers got close to the pope but was quickly blocked on the ground by security. 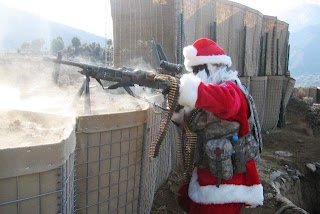 Maybe this chick really wasted a perfectly good moment. She should have hit him with a replica of St. Peter's to really keep in them with the recent attacks on heads of organizations that have been occurring over the past few weeks. Maybe it wasn't an attack though. I read Angels and Demons not too long ago and I think it had something about where if you knock down the pope that you get to be the pope. Maybe that's what she was doing.

It certainly can't mean that there's an atheist attacking her. This attack didn't convert anyone from Catholicism or anything. It's not like anyone saw the Pope fall and then realized that this woman has just shown them the folly of the sky wizard and renounced their strange belief in a God. And why is it that they always say the people who do these things are unstable. As if they are trying to discredit them. Atheist? Pffft, they're just a bunch of unstable teenagers. 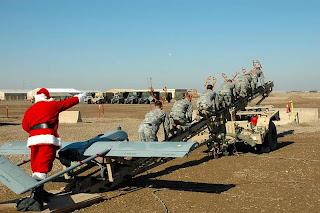 I do wonder what Vatican prisons are like. Cause if they're anything like Mexican ones, you can get out of there by slipping them a $50 and promising not to do it again... only to get caught doing something else illegal an hour later and paying them another $50 to get out of there. God damn, Mexico sure is a pay-per-play state. Somehow I'm not sure that it's entirely all that safe to break the law in Vatican city. I mean, they're all about forgive and forget on paper, but you try calling them out on that in court and I'm sure you're not going to get your voice heard.

That is, if you even get a court date.. 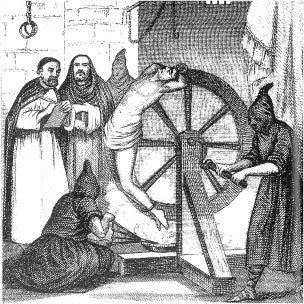 OH MY GOD! This just in - A second woman has just crashed into the Pope!... oh wait, that's actually true. This is the second one to do this since this thing happened last year, only it failed and the Pope didn't fall. Maybe they should really take a step back and look at their security measures. 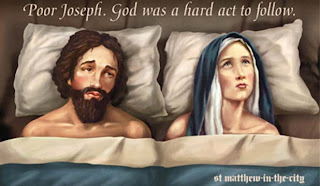 But you know what, Fuck Christmas. I'm just going to go ahead and declare a Jihad on Christmas. Even if you try to sugar coat it as a time for family, that's a load of bullshit. If you're such an anti-social person who can't get out of your cave that you need a mandatory day to talk to your family, you're a horrible person and you should just admit that you really don't like them enough to visit them on a regular basis.

I'll fully admit to being bullied into spending the Holidays with my family. I know I'm going to regret it when someone says I've put on a little weight or.. for that matter the whole act in going there in general. I didn't pick them and they sure as hell aren't very supportive. If Christmas is the time to be around those you care about, I sure did pick the wrong crowd. At the very least I'll end this Christmas Day on a high note.. That the war on Christmas is done with. We don't have to hear about this shit for another year. And most of all I don't have to hang around my family for some time to come. 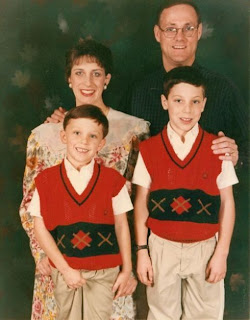 If you need the guilt of giving to finally make you care about the suffering of those around you, and you can only give once a year, you're a pretty bad person. Shelters are crowded with volunteers on this day trying to help out those less fortunate than yourself. How about the rest of the time. I know I only bust this secret weapon out during Valentines Day, but what about the rest of the year to show the world you give a shit by volunteering your time on those non-peak days.

Fuck it, I'm going to go and get myself some Chinese food. I think I like doing that the most because it's, in the most basic forms, an Ironic gesture. Or at the least the most undesired thing to do on Christmas day. Yet it has always compelled me to want Chinese on these days when you're suppose to spend with family. Shit, it's not like I'm really going to miss Tamales. Give me some Chow Mein over getting tired of eating left over Tamales for the next two weeks.

Oh yeah. I should include a picture of the pope since this attack on him happened yesterday and all. 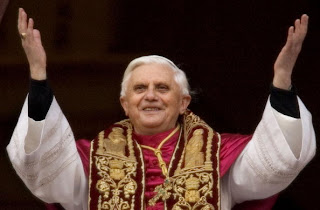